Roman Avdeev is a well-known Russian philanthropist, banker and billionaire among the 100 richest people in the Forbes list.

But the main business of his life he considers not work, but his large family.

Roman and his wife have 23 children, 17 of whom are adopted.

The father of the family built several mansions on his plot, where he equipped games rooms, a cinema, a swimming pool and even a ski slope for children.

The father of many children very much regrets not being able to reunite the whole family: the adult children study abroad and therefore only return home during the summer holidays.

Before deciding to adopt, Roman and his wife thought a lot and wondered if they could take on such a huge responsibility. 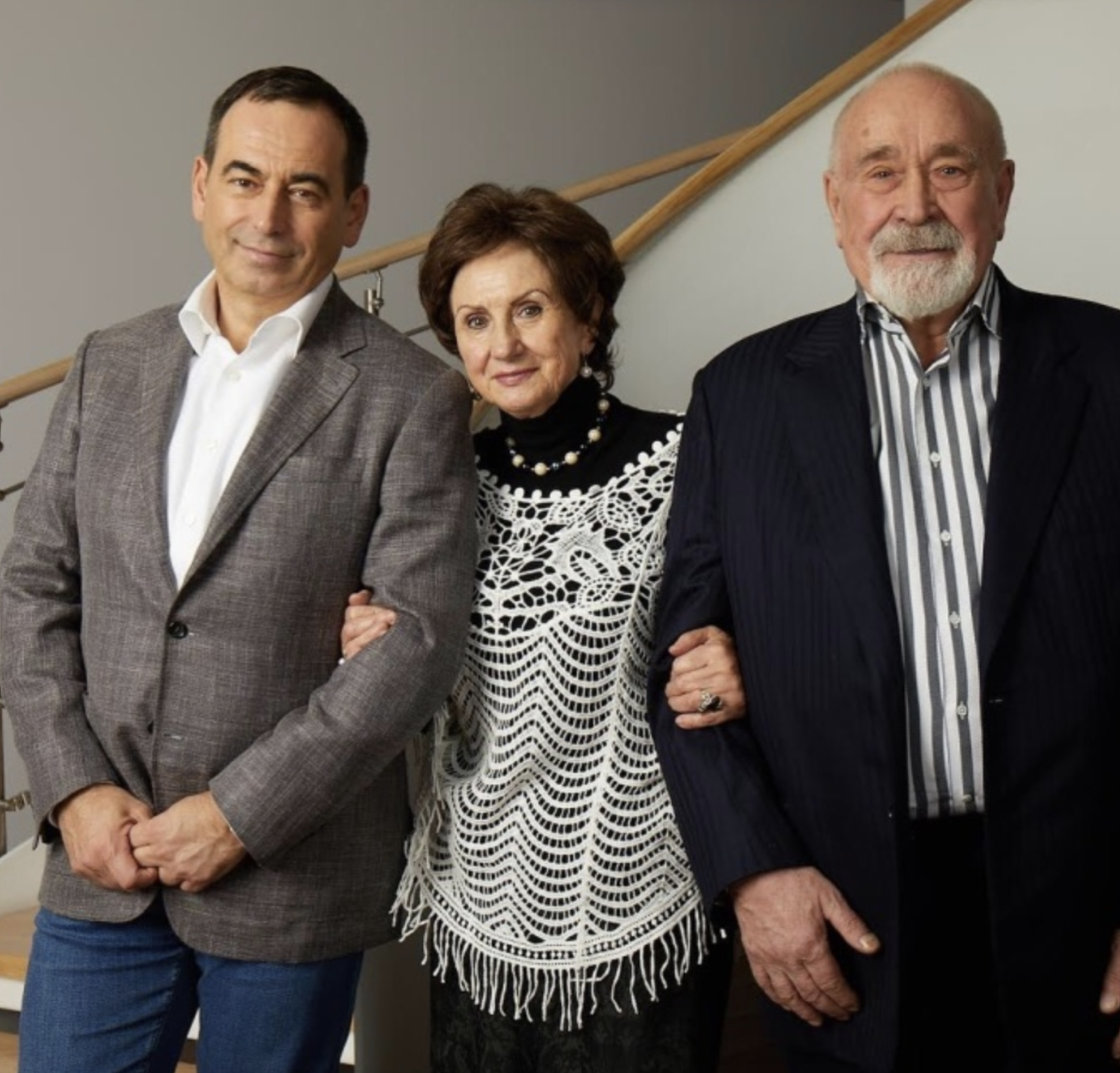 “My wife and I discussed at length: we can or we cannot. Because there was such a story – I helped orphanages for a long time, then I realized it wasn’t working. The turning point came in one of the orphanages, where I was asked to equip the kitchen.

I accepted with pleasure, because I fully understand how children need self-help skills. After all, at the orphanage, the guys eat in the canteen, and when they graduate at 18, they can hardly do anything – neither peel potatoes, nor wash dishes, nor cook borscht. And such cooking is needed just to teach these simple skills,” Roman said. 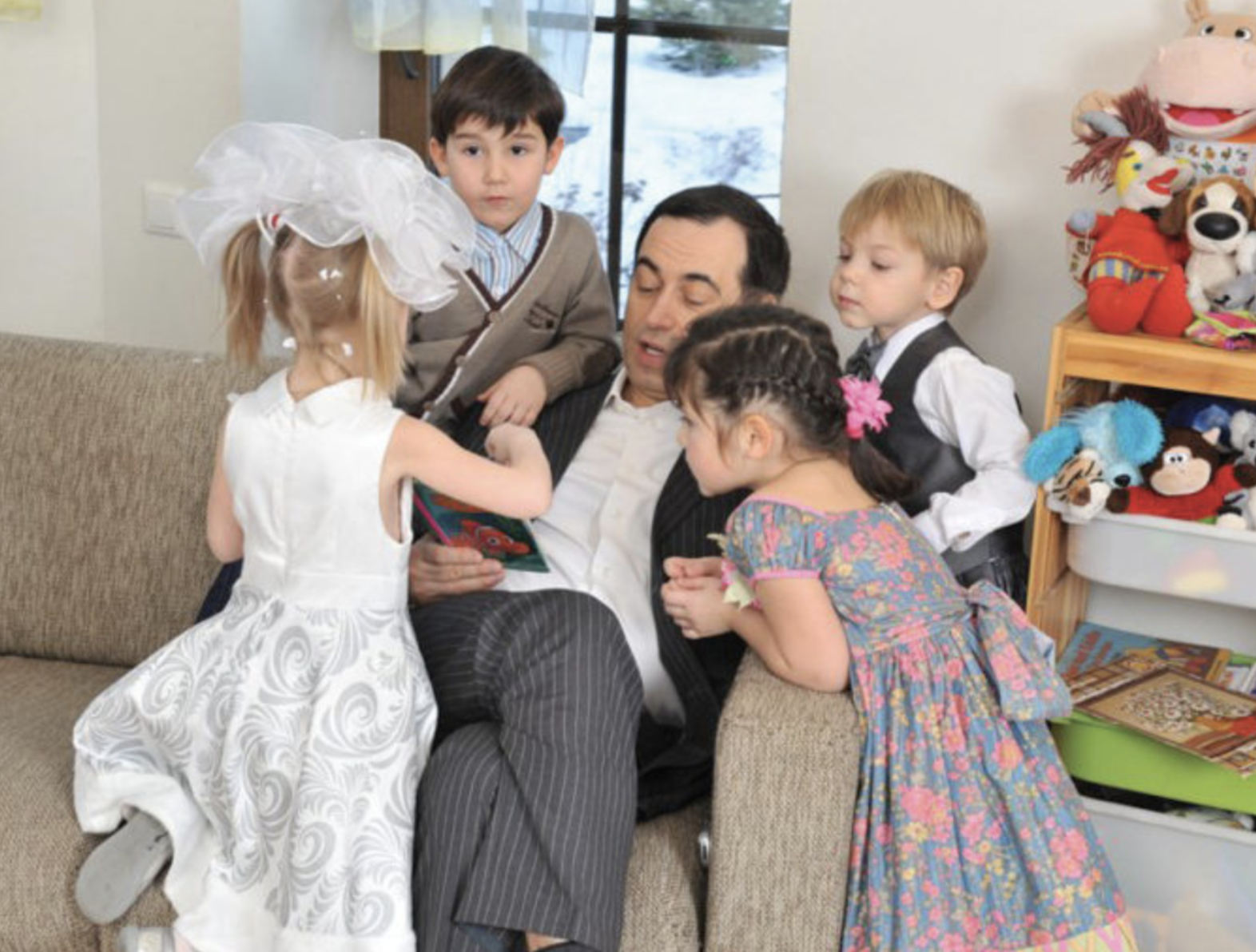 Communication with the students of the orphanage made an indelible impression on the billionaire. The children did not even know what sugar looked like – in the dining room they were already given sweet compote and sweet porridge, so they had nowhere to see regular sugar.

“I then clearly saw what a gulf separates child servants from orphans, and that this gulf cannot be bridged by any material thing. At the orphanage, the children live in an invented system where everything is done and decided for them.

It’s easier for adults, but not for children. When they grow up and leave the walls of the orphanage, they find themselves face to face with a world that is totally incomprehensible to them.

They don’t know the basic things: how to pay the rent, how to communicate with people, how to calculate the money so that it lasts a month. This is why many orphanage graduates have such an unenviable lot.

And when I finally figured that out, I decided that I would permanently remove the kids from this system – that’s all I can, I will remove it. I am sure that only in a family can a whole person be brought up, and we must all strive to ensure that as few children as possible remain in orphanages,” says Roman. 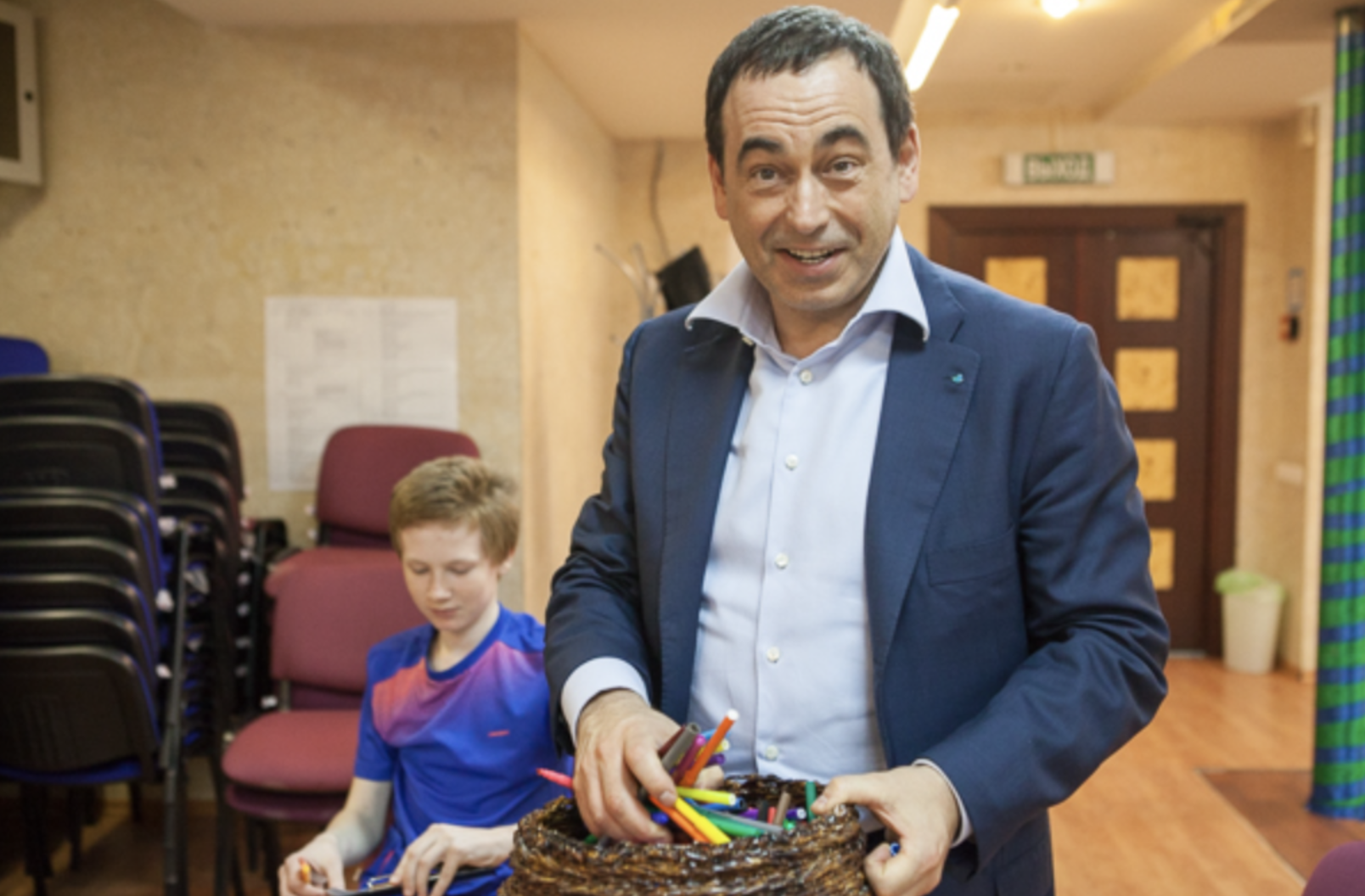 According to Roman, bad heredity can be overcome with good and correct upbringing. Roman is also happy to be so lucky with his wife. It is on his shoulders that domestic problems and housekeeping rest.

When the Avdeev children were small, there were 11 helpers in the family. And when the children grew up, 8 people began to take care of them. Assistants take the children to school, help them with their homework and do some household chores.

When Roman has time, he does math with the kids. Particular attention is paid to English which has become their second langua 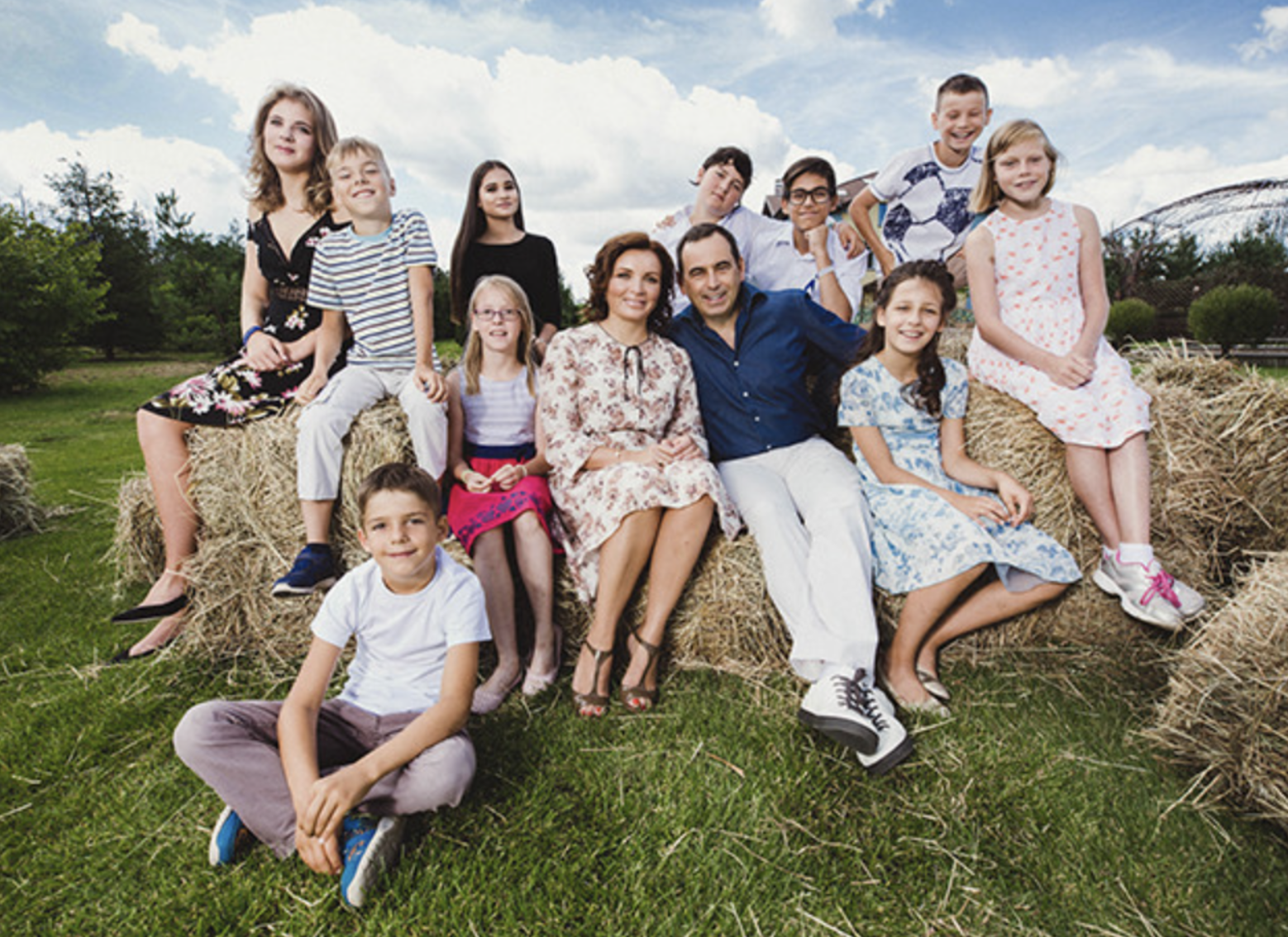 At the same time, all the children of the billionaire attended an ordinary municipal kindergarten and an ordinary comprehensive school. 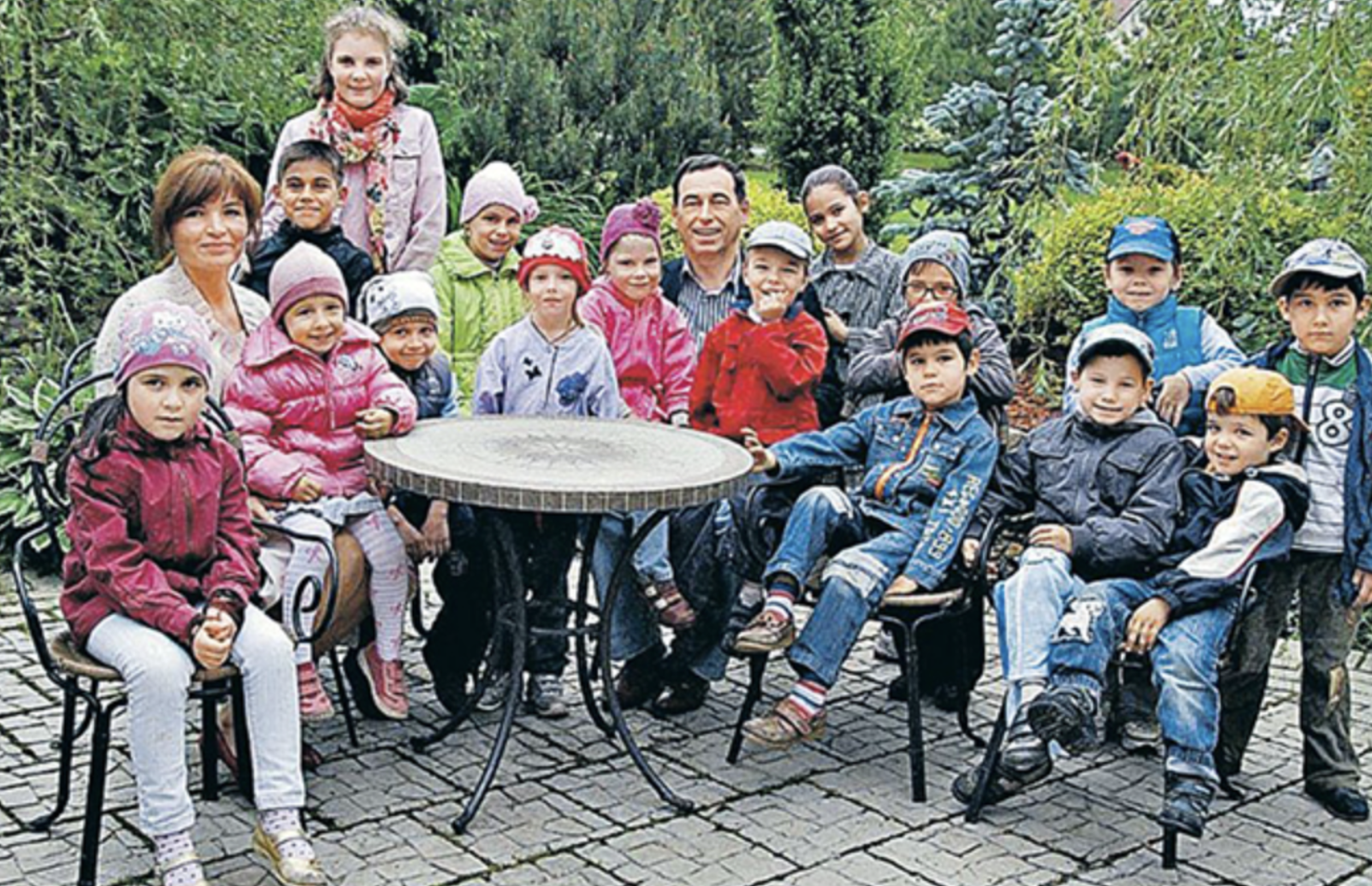 Roman knows exactly what he will do with his immense fortune: he will spend it on solving the problems of orphans. He does not intend to leave a legacy to his children.

Roman Avdeev founded the Arithmetic of Good Foundation, which finds foster families for orphans. The fund already has 313 children who have found families with its help. In addition, a special club operates at the foundation, which helps adoptive parents themselves. 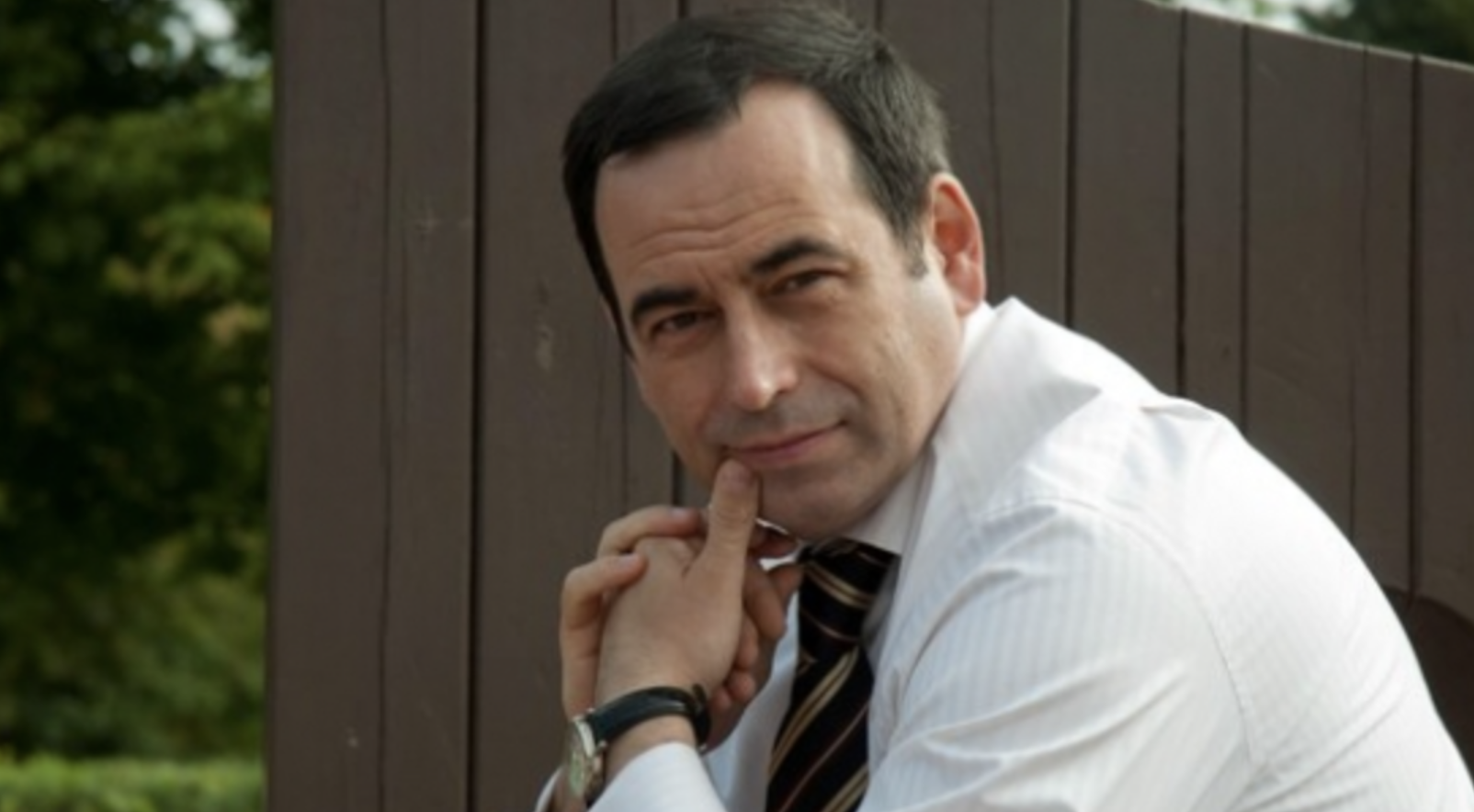