Tonto Dikeh biography is a story of humble beginnings, heartbreaks, and eventual rise to stardom in the Nollywood industry. While she had a passion for acting from an early age, it was not until she starred in the Nollywood movie “Dirty Secret” that she became popular. She’s a very beautiful, gifted, skillful, creative and talented actress, with the ability to interpret any movie role appointed to her excellently.

Hello there and welcome to Naijasilver, your one-stop destination for latest entertainment news, celebrity gossips and stories, lifestyle content and cryptocurrency news. Today we’ll be sharing with you an entire biography of one of Nollywood’s most promising and talented actress since she began her quest to fame 15 years ago. So without any further ado, let’s get started.

★ Early life, Background & Education
Tonto Dikeh was born into the family of Mr. Sunny Dikeh and Veronica Dikeh – a family of seven and she’s the third of five children. Her family is from Obio-Akpor LGA of Rivers State, but of Ikwerre descent. At age 3, she lost her mother and was raised by her step-mother, who has two children.

After completing her primary and secondary school education in Port Harcourt (South Southern part of Nigeria), the actress proceeded to the Rivers State University of Science and Technology to obtain a Bachelor’s degree in petroleum engineering.

★ Career
According to Tonto Dikeh herself, she revealed she had always had interest in becoming a famous actress one day, and this mindset has been with her right from the onset (even though she was studying petroleum engineering). She developed interest in acting at a very tender age and began to perform on stage play, drama club & performing art, appearing in school plays, drama theatre and children’s television shows, in her hometown of Port Harcourt, Rivers State. 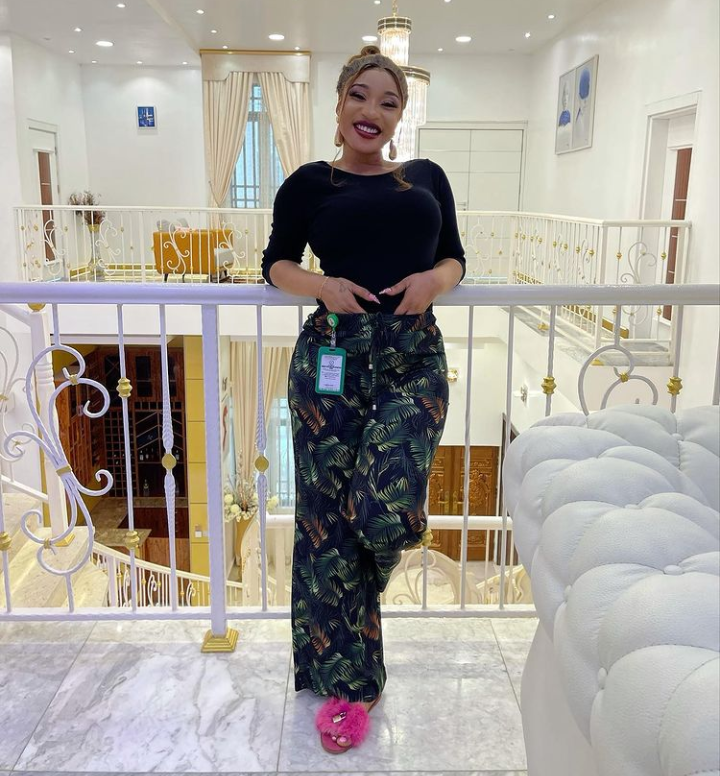 After she emerged winner of the TV reality show, Tonto Dikeh debuted in the Nollywood as act in the blockbuster movie – “Dirty Secret”.The movie generated controversy among Nigerians due to its inclusion of adult scenes. While some people criticized her role for being nontraditional and un-African, others stated that Dikeh was merely being professional.

Surprisingly, she didn’t let any of that hold her down from following her true passion and achieving her goal of becoming a famous movie star. She kept on pushing hard into making it to the top list of talented Nollywood actresses.

In 2006, Tonto Dikeh was registered with the Actors Guild of Nigeria (AGN) – an umbrella union that regulates the affairs of film actors in Nigeria and abroad, and officially became a member of the Nigerian Nollywood industry. Since her debut, the actress hasn’t failed to give us thrilling and exciting movie performances and has become one of the most sought after actresses in Nigeria and Africa as a whole.

★ Music Career
Following a successful acting career, Tonto Dikeh decided to pursue a career in music. Prior to that, she was featured in a music video for Amaco investments, alongside fellow actress Patience Ozokwo.

She made her music debut with the release of two singles – “Hi” and “Itz Ova”, the latter featuring Snypa. She then proceeded to recording and releasing more singles and was later signed to TGP Entertainment by Nigerian
famous musician Terry G. Following her contract deal with TGP Entertainment, Tonto Dikeh later released her debut studio album. 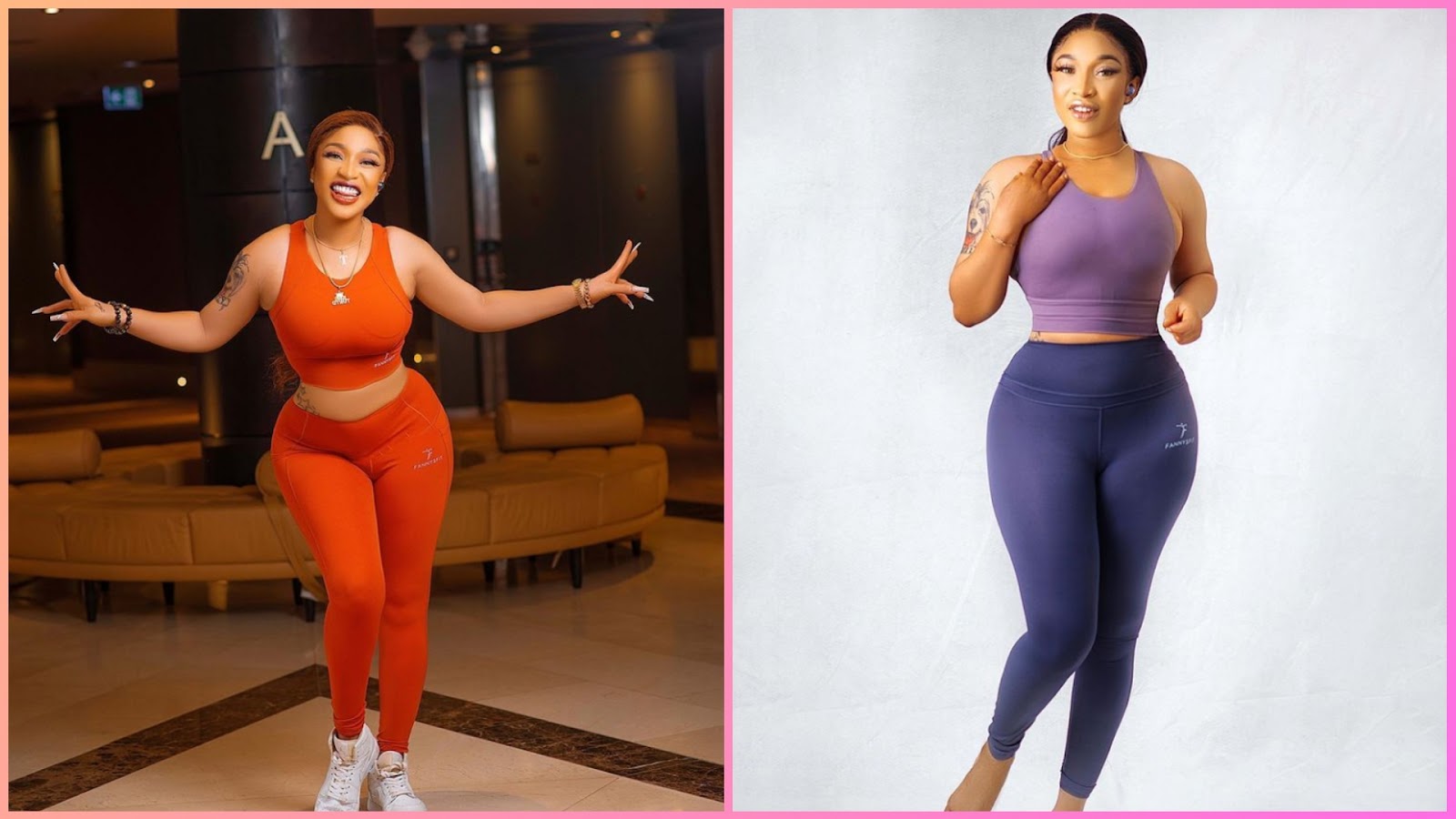 Her music was hated by many living in Nigeria and the in the diaspora. It created a lot of controversy as people criticized her for venturing into music, knowing how bad her vocals are. Once again, she didn’t feel remorseful by any of what was said to her, she decided to come back bigger and better. On the 13th of June 2014, Tonto Dikeh shocked the world by signing with one of Nigeria’s big record labels that time –“DB Records”, owned by popular music artist – D’banj. Although she didn’t stay there for long, she later announced her departure from DB records in March 2015, in an attempt to explore other business ventures.

★ Philanthropy
On the 27th August 2000, Tonto Dikeh set up her foundation – “The Tonto Dikeh Foundation”. The Foundation was established in with clear vision and passion of making life better for all displaced and under privilege women, girls, youth, and children in Africa, in-respective of their Politically, Religious and Cultural differences. 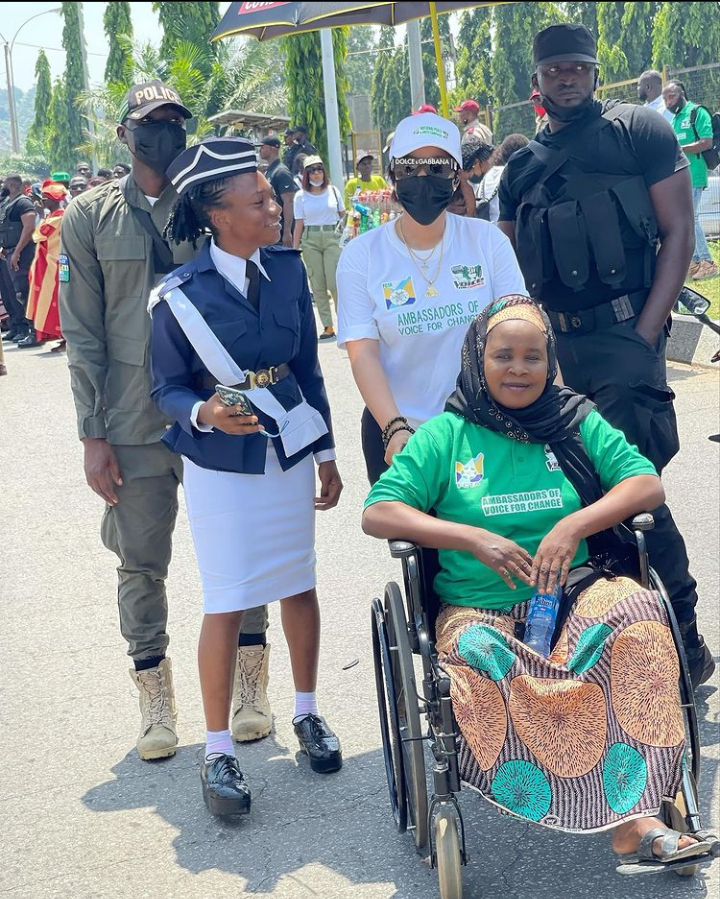 It also aims at organizing regular sensitization programs and symposium discussion that will bring sanity and civility to the black race; by taking issues that affect women, gender issues, rape, empowerment, climate change and child right.

The Tonto Dikeh Foundation promises to continue to dedicate its resources, time and passion into making a difference in those particular sectors as they feel are the most vulnerable in the society and shall constantly create conducive atmosphere for all displaced children, community women, rendering free adequate care and promoting talents.

★ Major Controversies
In August, 2015, Tonto Dikeh tied the knot with her ex-husband Oladunni Churchill in a traditional marriage. In 2014, she was rumored to have been in a sexual relationship with Rukky Sanda. However, during an interview with Rukky Sanda the rumour was debunked. In February 2016, Dikeh gave birth to her son, whom she nicknamed Baby X. However, since then, the couple has gone and moved different ways.

Dikeh had in early October 2021 entangled herself in a web of controversy after publishing in her social media handles, purported voice notes suggesting that her ex-lover, Joseph Egbri (popularly known as Prince Kpokpogri) had sex tapes and nude photos on his smartphone of Usiwo Orezimena Jane, a Nigerian dancer, popularly known as Janemena. Tontolet was reported to have made the allegations in the wake of her messy breakup with her ex-lover, Kpokpogri, in September.

★ Endorsements
On the 5th of February 2016, Tonto Dikeh was named an Ambassador to a property firm in Abuja (NumatVille) in a multimillion naira ambassadorial deal. 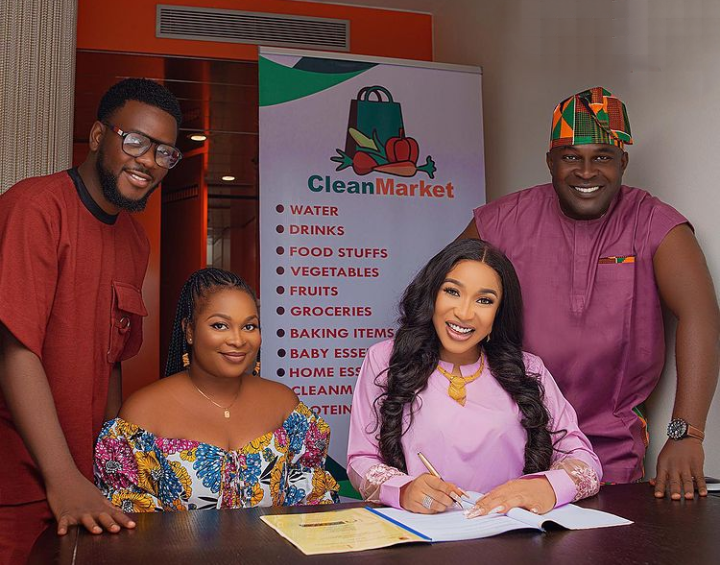 On 9 January 2018, Tonto Dikeh bagged an endorsement as a brand ambassador for a beauty and skincare brand (Pels International). The beauty brand is popularly known for making skin brightening beauty products.

On 27 April 2018, Tonto Dikeh was endorsed in a deal with the National Agency For Prohibition of Trafficking In Persons (NAPTIP) on human trafficking. 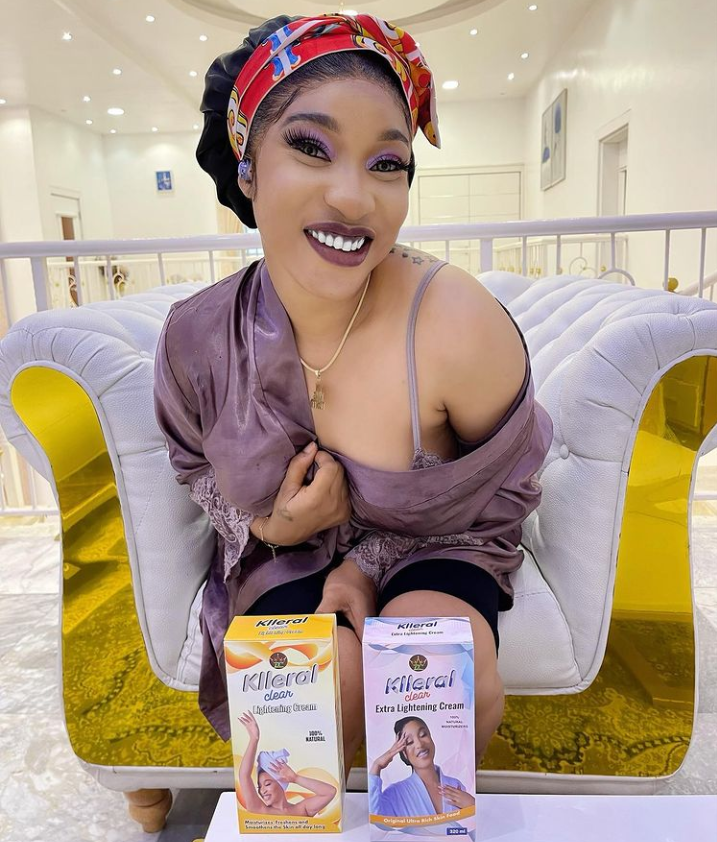 On 23 May 2019, Tonto Dikeh signed a 100million Naira endorsement deal with Zikel Cosmetics. 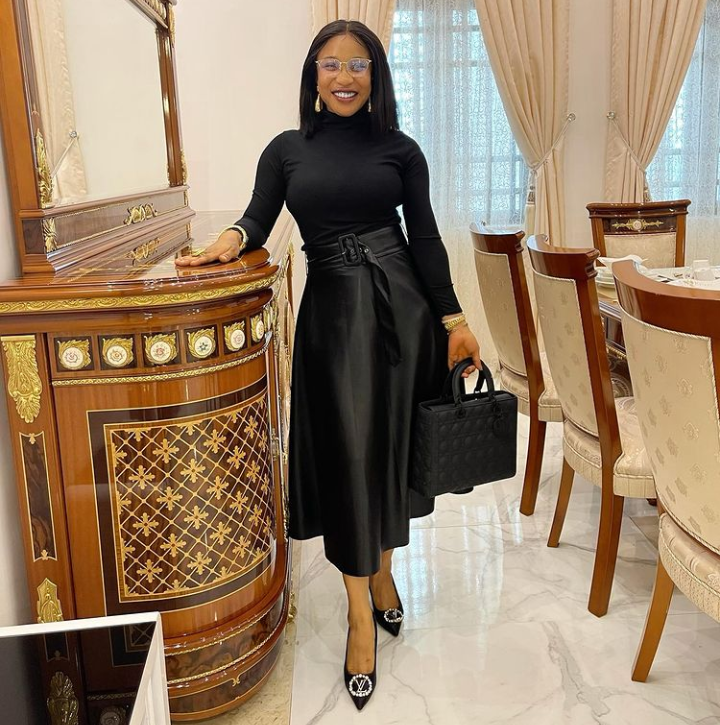 With several investments portfolios of hers, which she often reveal on her official Instastory and numerous endorsement and ambassadorial deals, and not forgetting her main source of income of being an actress, Tonto Dikeh is estimated to be worth a staggering $1.5 million as of 2023.

Well, there you have it. Make sure you check out our other blog posts for more information about the crypto market and trending entertainment headlines. Thanks for reading!